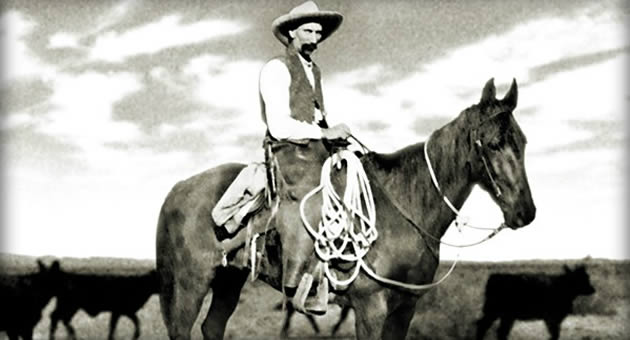 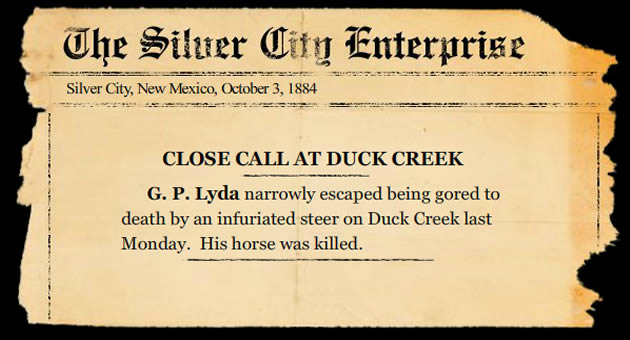 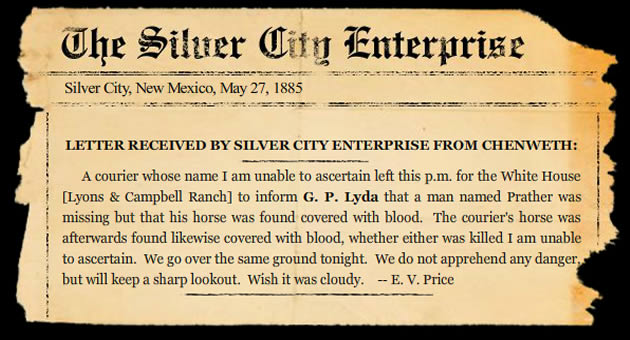 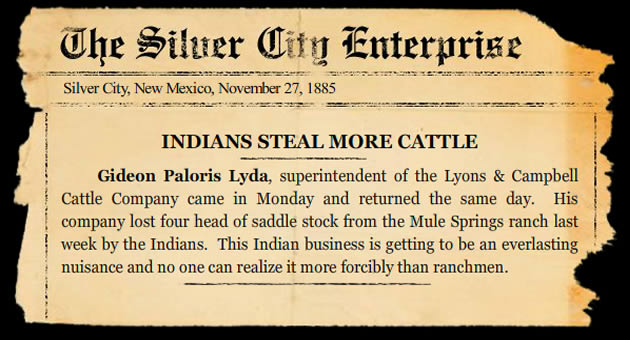 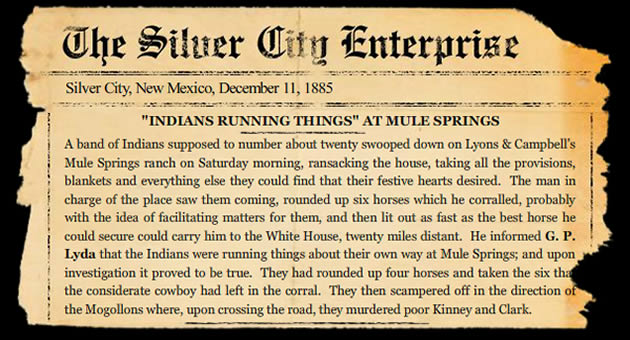 Gideon Paloris Lyda was born September 3, 1851 in Macon County, Missouri. While a youth in Nebraska, a reaper accident left Paloris with a useable left arm, but no left hand. He moved to Silver City, New Mexico in the Eighties where he was engaged in the mining and cattle business.

Lyda owned and operated a successful cattle ranch in Grant County, New Mexico, but eventually sold the ranch to the Lyons & Campbell Cattle Company and accepted an offer from the new owners to become foreman for the LC Ranch whose grazing lands extended from Silver City to the Arizona border. A New York City newspaper declared the ranch to be “the largest cattle enterprise in the world” with 16,000 head of cattle and 1,500,000 acres of grazing land — running 40 miles from east to west and 60 miles from north to south.

Lyda was an accomplished horseman and was renowned for his roping skills — holding the rope coils on the stub of his left arm and throwing the loop with his right hand. According to Hershel Bell, whose father worked with the LC foreman, “he could snare his horse from the middle of the herd while the remuda was being held in a rope corral.”

The Silver City Enterprise called him “one of the most competent ranch managers in southwestern New Mexico.” During these years, he faced the threat of Apache raids by Geronimo, horse thieves, cattle rustlers and train-robbing outlaws.

In 1884 while working for Lyons & Campbell, Lyda married Jennie C. Hartson. Eventually, the Lydas left New Mexico and moved briefly to Oregon in 1887. A short time later, Lyda moved his family to Texas where he purchased land and became the first Lyda to purchase land and live in Burnet County, Texas. Plagued by bad health, Mrs. Lyda died on September 3, 1889 — her husband Paloris’ birthday. 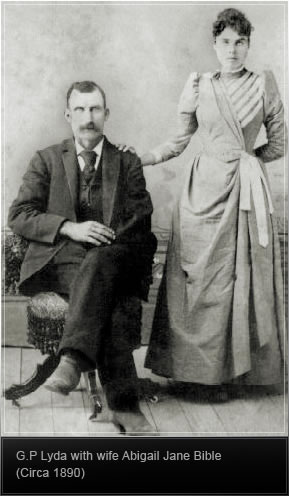 Thirteen months later on October 29, 1890, Paloris — a widower now with two small children, ages 2 and 5 — married Abigail Jane Bible. The couple eventually had six boys, one of which was…George Nimrod Lyda, who would father a daughter and six boys, including Gerald Lyda (who would eventually own La Escalera Ranch).

Gideon Paloris Lyda died in Burnet County, Texas on June 1, 1904. He and both of his wives are buried at the Richland Cemetery in Smithwick (Burnet County).